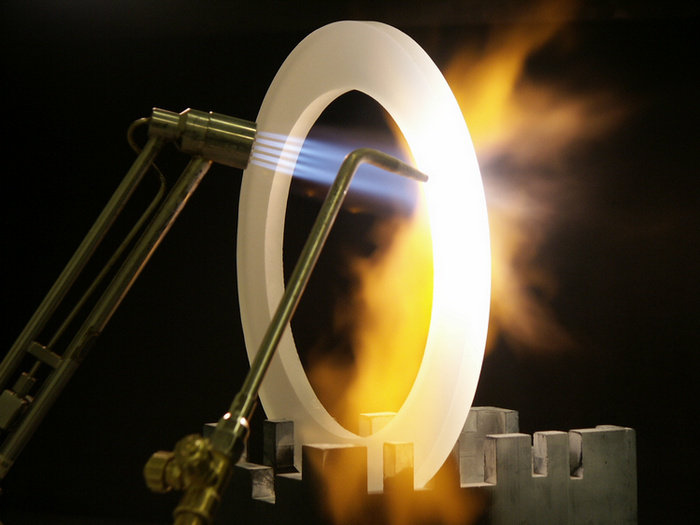 • The word “ceramics” is traced back to the Greek term keramos, meaning potter’s clay or pottery. Keramos, in turn, is related to an older Sanskrit root meaning “to burn.” Ceramus or Keramos was also an ancient city on the north coast of the Aegean Sea in what is currently Turkey.

• The final properties of specialty ceramics — the level of porosity, strength, heat resistance, and any other property — are largely determined during the processing, or firing stage of manufacturing. In other words, identical mixtures of raw materials, shaped the same way, can ultimately be turned into products with widely varying attributes by applying different heat treatments.

• A ceramic object that has been shaped but not yet heat-processed is known as a “green body.” Once the heat treatment and resulting chemical transformation has taken place, it’s known as a “fired body.”

• Debuted in 1975 automobiles, Corning’s ceramic substrate — Celcor® — allowed for a 95 percent reduction of hydrocarbon emissions by the end of the 20th century.

• Synthetic glass ceramics had a serendipitous birth in Corning labs in the early 1950s. Research chemist Dr. Don Stookey was heating a piece of lithium disilicate glass that contained silver particles. The furnace was set to stop heating at 600° C. A malfunctioning thermostat let the temperature soar to 900° C. Instead of finding a pool of melted glass inside, though, Dr. Stookey found an opaque plate. It slipped out his tongs and fell to the floor, but didn’t shatter.