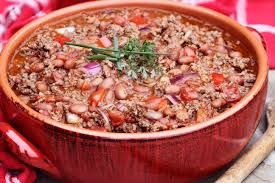 How does lead wind up in crockpots and other ceramic food and drink containers? Ceramic ware is glazed before entering a kiln to bake. These glazes sometimes contain lead to give products an attractive shine.

Crockpots — ceramic slow cookers that coax chili into tender perfection — can make home cooks wax poetic. A Google search of “I love my crockpot” turns up well over a million matches, including testimonials about their flexibility, ease and affordability. But there’s another search that also gets a lot of results: “crock pots and lead poisoning.”

The U.S. Food and Drug Administration randomly tests ceramic food containers like crockpots for lead. That testing, according to an email from FDA spokesperson Megan McSeveney, is “based on some positive findings of extractable lead and cadmium from the glaze used in making ceramic ware over a number of years.”

How does lead wind up in a crockpot? Ceramic ware is glazed before entering a kiln to bake. These glazes sometimes contain lead to give products an attractive shine, according to a 1988 report in The Lancet. If ceramics are baked for long enough at hot enough temperatures, they may still be safe, but if not, the lead can leach into food and cause lead poisoning. Acidic food or drink is especially likely to cause lead to leach out of ceramics, unfortunately for coffee drinkers with favorite earthenware mugs. (The Lancet report relates the story of a Seattle couple who fell mysteriously ill; the cause was lead poisoning from terracotta cups.)

“Lead has been around in our environment for thousands of years” in soil and elsewhere, says Edward Puzas, a professor of orthopedics at the University of Rochester Medical Center. “But there’s really no safe amount of lead in the blood.” Even during the Roman Empire, lead-lined aqueducts are believed to have contributed to public health problems.

Lead can invade the human body, according to Puzas, because of its chemical structure: It’s similar to that of calcium. This means bones easily absorb lead and store it for dozens of years. Puzas is researching how lead in the bones may increase the risk of osteoporosis and make it more difficult for bones to heal after fractures. Lead poisoning can also cause high blood pressure, headaches and reduced sperm count in adults, but lead’s risks are especially severe for children, who may suffer developmental delays, hearing loss and seizures, among other symptoms.

But consumers need not fret in the dark. The FDA maintains a list of products it has tested that have revealed lead contamination. The good news: Not a single crockpot is listed. Many ceramics makers have switched to lead-free glazes. For example, Crock-Pot (the brand name that inspired a host of similar ceramic slow cookers now generically known as crockpots), tells callers in an automated message that it uses no lead additive in its glazes.

That doesn’t mean all ceramics are safe for use. According to the FDA, consumers should be attentive to antique or handmade ceramics, which might still be baked in old kilns with residue lead in them. In particular, bright orange, red and yellow homemade pottery may be of concern, because lead is sometimes used to intensify these colors. Buyers should also check for labels saying earthenware is not safe for food or drink.

Even if a product has some of the above warning signs, there may still be hope for your favorite earthenware bowl from the neighborhood craft fair. The FDA recommends going to the local hardware store and picking up a home lead testing kit to evaluate the lead poisoning risk posed by a product. And Puzas says that because lead is similar to calcium, making sure children get enough calcium in their diets can decrease the rate of lead absorption – the calcium essentially competes with the lead to be absorbed.

So if you have a mass-produced crockpot, guidance suggests you should be fine, but a home test kit can put your mind at ease. Crockpot lovers, you may return to composing sonnets about your favorite kitchen appliance.