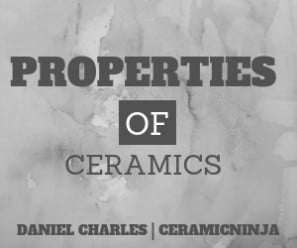 A team of Immanuel Kant Baltic Federal University (BFU) together with an international scientific group has studied a correlation between the structure of ceramic materials based on bismuth ferrite (BiFeO3) and their magnetic properties. In their work, the scientists determined the factors that affect structural evolution of materials and changes in their magnetic behavior. The work will help create new ceramic materials with given properties. The article was published in the Journal of Physics and Chemistry of Solids.

The structure of bismuth ferrite is similar to that of perovskite, a calcium and titanium-based mineral, but also contains oxygen atoms. Well-known high-temperature superconductors (i.e. materials able to conduct the current without resistance at certain temperatures) have the same structure. Many materials with perovskite-like crystal grids are used as solar energy processors.

When ions of different elements are added to source bismuth ferrite, it leads to changes in its crystal lattice and therefore in physical properties. BFU physicists added ions of metals (calcium, manganese, titanium, and niobium) and measured the material’s magnetic characteristics. It turned out that the insertion of new atoms leads to the compression of the crystal lattice regardless of the type of the transitional elements. This, in turn, is followed by changes in the material’s magnetic structure. It loses spontaneous polarization, i.e., dipole moments of the atoms that determine the direction of electric forces are deprived of fixed orientation in the absence of an external electric field.

When atoms of other metals are added to bismuth ferrite, the latter also loses its ferromagnetic properties: Dipole moments of atoms are no longer directed towards each other. Moreover, when calcium is added to niobium or titanium, the magnetic structure of the material becomes ferromagnetic: The dipole moments became co-directional. After the influence of a magnetic field stopped, these samples showed residual magnetism, a property typical for ferromagnetic materials.

“We’ve demonstrated that the magnetic properties of bismuth ferrite-based materials are to a great extent determined by structural distortions caused by substitutions, lattice defects, and the nature of exchange interaction between the atoms of iron, oxygen, and the transitional metal. Weak ferromagnetic states that occurred when calcium was added to the material together with titanium or niobium, are explained by the reaction between magnetic atoms that goes through the non-magnetic ones. Usually, it is not taken into account due to its minor values, but in case of ferromagnetic materials it may cause considerable fluctuations in the magnetic behavior of the material,” says Vadim Sikolenko, a co-author of the work, candidate of physics and mathematics, and senior researcher at the Research and Educational Center for Functional Nanomaterials.